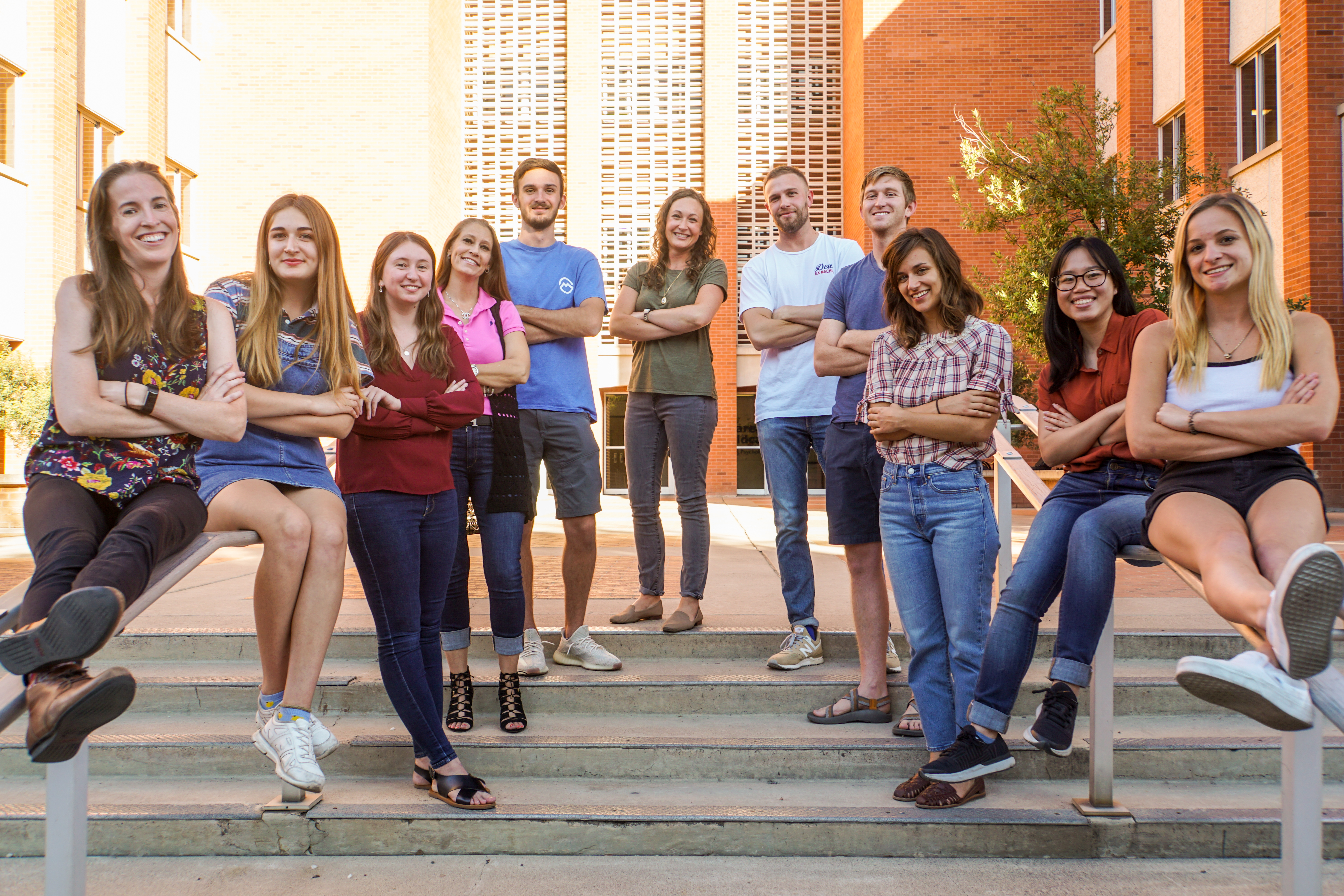 In the Social Roles and Identity Lab, we are interested in how cultural stereotypes impact both the targets of those stereotypes and the perceivers who use them when forming impressions. In our ongoing program of research, we take a theoretically-driven approach to solving the practical, real-world problems of prejudice and discrimination. We aim to understand the mechanisms through which stereotypes are perpetuated across time and situations, as well as moderators of how stereotypes influence cognition, emotion, and behavior. Our research is guided by two overarching questions: 1) How do stereotyped expectations constrain people’s beliefs, preferences, and sense of belonging in social roles? and 2) What are the broad benefits of internalizing egalitarian goals?

Below you will find some examples of the topics we are currently investigating:

Gender equality is usually thought of as a “women’s problem.” The aim of gender equality movements has long been to allow women access to the rights, privileges, and roles automatically afforded to men. Clearly much progress has been made in this domain over the past century. For example, since WWII, women have played an increasingly important role in the workforce, slowly earning their place among the ranks of men who have traditionally been the primary breadwinners for their families. This major shift toward egalitarianism, however, only represents one piece of a much larger gender-equality puzzle; there is still a distinct asymmetry in the extent to which gender roles are changing for men as compared to women (England, 2010, 2011). Specifically, whereas women’s traditional roles of caregiving and domestic responsibility have been expanding to include paid work outside the home, men’s roles have not been expanding in a complementary fashion. And while much social psychological research has been dedicated to promoting gender equality in traditionally-male domains such as science and leadership, surprisingly little has sought to understand the lack of gender equality in female-dominated roles and occupations.

Given this gap in the literature and the practical implications of these constraints on society, we wrote a broad theoretical paper outlining the cultural and psychological barriers to men’s involvement in these communal, female-dominated areas of life (Croft, Schmader, & Block, 2015, PSPR). In this paper, my colleagues and I present a comprehensive model of the processes underlying asymmetrically changing gender roles. According to the US Department of Labor Force Statistics, women disproportionately outnumber men in most healthcare-related occupations (e.g., nursing, social work, hospital administration) and the field of early childhood education (e.g., preschool and elementary teachers, librarians). Men are also much less likely than women to take on domestic roles, such as housework and childcare (e.g., Mattingly & Bianchi, 2003). Our theoretical model argues that men’s lack of involvement in these domains stems from both gender stereotypes and the differential status assigned to men’s and women’s roles. Together, these stereotypes and status-considerations lead men to have a relatively weaker internalization of communal values and self-perceptions (Block, Croft, & Schmader, 2018, Frontiers). At the same time, these stereotypes and status discrepancies also promote external constraints and social sanctions that constrain men’s interest in communal roles (Block, Croft, De Souza, & Schmader, in press, JESP).

Although women currently constitute nearly 50% of the total labor force, women are still underrepresented in science, technology, engineering, and math (STEM) fields, and at the highest levels of management and leadership (NSF, 2016). Previous research has examined various obstacles that might contribute to women’s “opting out” of these more time-intensive career trajectories (Stone, 2012), but has mainly focused on stereotypes of women as communally-oriented (Diekman et al., 2010). One potential barrier that has not yet been explored is women’s stereotypes of men as being more agentically than communally-oriented. Indeed, women, but not men, feel they must choose between career and family (Park et al., 2008). This conflict may reflect accurate yet stereotypic assumptions that future partners will not contribute equally to domestic responsibilities, given that women continue to shoulder the burden of household and childcare tasks in addition to working outside the home (Hochschild & Machung, 2012). In this way, women might be externally constrained in their career pursuits by their stereotypes of men’s interests in sharing domestic responsibilities. If, however, men exhibit a real willingness to adopt domestic responsibilities, that can shift women’s expectations about men and, subsequently lead them to envision themselves in less stereotypical/traditional future roles, such as becoming the primary economic provider for their families (Croft, Schmader, & Block, 2019, PSPB).

Our work has also explored the developmental internalization of gender stereotypes, and particularly how these stereotypes are applied to the self among young children. In a recently published study on this work, we found a unique complementary relationship between fathers’ domestic behavior and their young daughters’ career goals. Specifically, our study showed that grade-school aged girls with fathers who reported helping out around the house reported less stereotypic, more gender-neutral career aspirations (Croft, Schmader, Block, & Baron, 2014, Psych Science). In this study, we examined the gender role beliefs and self-stereotypes of parents and children, along with parents’ self-reported domestic behavior (involvement in childcare and household chores) and children’s occupational preferences. We found that, over and above fathers’ explicitly reported gender role beliefs, the degree to which they reported contributing to the domestic responsibilities of the household was a strong and significant predictor of their daughters having more gender-neutral ambitions. Clearly, future research is needed to investigate the processes at play, but one intriguing possibility is that fathers are modeling the possibility of a household in which both partners contribute more equally.

Consequences of the motivation to regulate biased behavior

Typically, behavior that is self-determined leads to more positive, genuine, and constructive outcomes than behavior that is externally driven or incentivized (Deci & Ryan, 1985). We are particularly interested in understanding the nuances of internally (versus externally) motivated behavior in an intergroup context, because people often engage in efforts to control or override their automatic biases against outgroup members. If we endeavor to reduce prejudice and discrimination in a meaningful way, it is crucial to understand the benefits of fostering an internalization of egalitarian goals, rather than simply creating strong norms to be non-biased that shape behavior by way of external pressures. Importantly, the motivation to control one’s biases can be driven by an internalization of egalitarian values or by a more externally-based desire to behave in a socially desirable manner (Plant & Devine, 1998). In general, when White perceivers are motivated to act in nonbiased ways due to primarily external motivation (vs. primarily internalized egalitarian goals), they tend to respond in more biased ways (Butz & Plant, 2009). In our own research, we have extended the intergroup relations literature by mapping these constructs to several novel outcomes. Specifically, internalizing egalitarian values and thus being motivated to control bias for intrinsic reasons means that perceivers are actually less biased in their evaluations of racial outgroup members (Croft & Schmader, 2012, JESP), and perhaps more driven to police the biases of others in their racial ingroup (Schmader, Croft, Scarnier, Lickel, & Mendes, 2012, GPIR).